Amber The Rescue Dog Gets Back On Her Feet 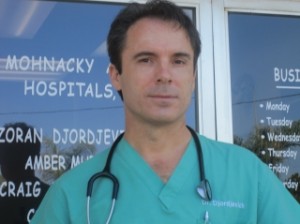 Amber Dubois would have celebrated her 21st birthday soon. On the eve of that, Amber, the yellow lab rescue dog with a heartbreaking backstory, was recovering nicely this week from a second knee surgery to get her back on her feet and back to saving lives

Named after murdered Escondido teen Amber Dubois, the dog already had her left knee ACL surgically repaired in June. Now it was time for the right knee to follow suit. This was left to the good offices of Zoran Djordjevich, DVM, partner and chief medical officer at Carlsbad’s Mohnacky Animal Hospital.

As for Amber’s right knee surgery, “I’m very happy with how she is walking today,” Djordjevich said. The second surgery on Amber’s knee will allow her to walk again pain free and work again as a search and rescue dog, he said.
100.7 Jack FM – San Diego Radio – sandiegojack.com

The rescue dog already had paid dividends beginning with her location while a mere puppy of the remains of missing nursing student Michelle Le. A nursing student, the 26-year-old Le was murdered in Alameda County in 2011. Le, had grown up in Rancho Peñasquitos, and was attending a Bay Area nursing school when she disappeared.

Amber the dog’s last search was in November, when she and McGonigle joined the hunt for Sally Estabrook, a 75-year-old with Alzheimer’s, who went missing in October when she wandered from a campsite in Julian. Estabrook was found dead near the end of November.

The dog’s knees began failing after the Estabrook search. Amber had injured the anterior cruciate ligament, or ACL, in the knee of each hind leg. 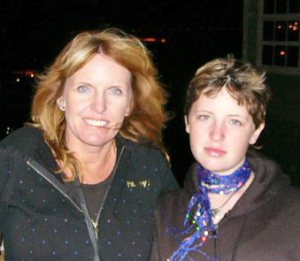 Online donors raised $7,000 for the surgical procedures. “I was totally blown away,” McGonigle said last June. “I’m speechless about it.” Djordjevich donated his time with Mohnacky picking up part of the costs as well. However, another $8,000 was needed to finish paying for the knee surgery, according to sources. .

“”Amber gives so much to the community,” Djordjevich said to KFMB. “I can not tell you how happy I am to give something back to Amber.”

McGonigle added: “”I miss her. She would have been 21 this year, but I know she’s proud of us,” adding “It’s a birthday I would I could have celebrated with her.”

After Gardner led authorities to Dubois’ body in March 2010, McGonigle launched Team Amber Rescue, a group of search and rescue volunteers. She also got the yellow Lab, which she trained in search and rescue.